As an exploration of anonymous presence, this project attempts to document a tag by each of the graffiti writers currently active in the Parkdale neighbourhood. An archive of the tags is then presented to members of the general public and they are recorded reading/deciphering each written tag aloud. These recordings are then compiled and played back via loudspeaker concealed within an inconspicuous element of city infrastructure.

Project developed as part of Telling: An Audio Survey of Parkdale curated by Tara Bursey and Phil Anderson of Gallery 1313 in Toronto. 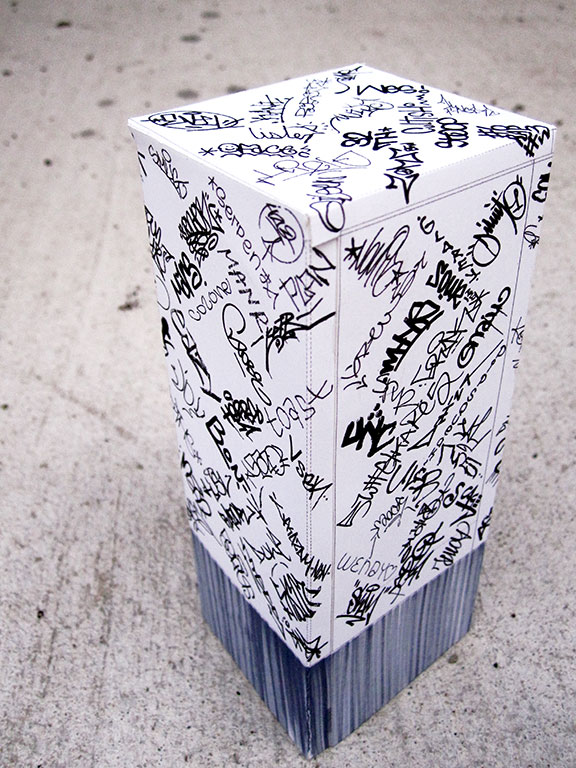 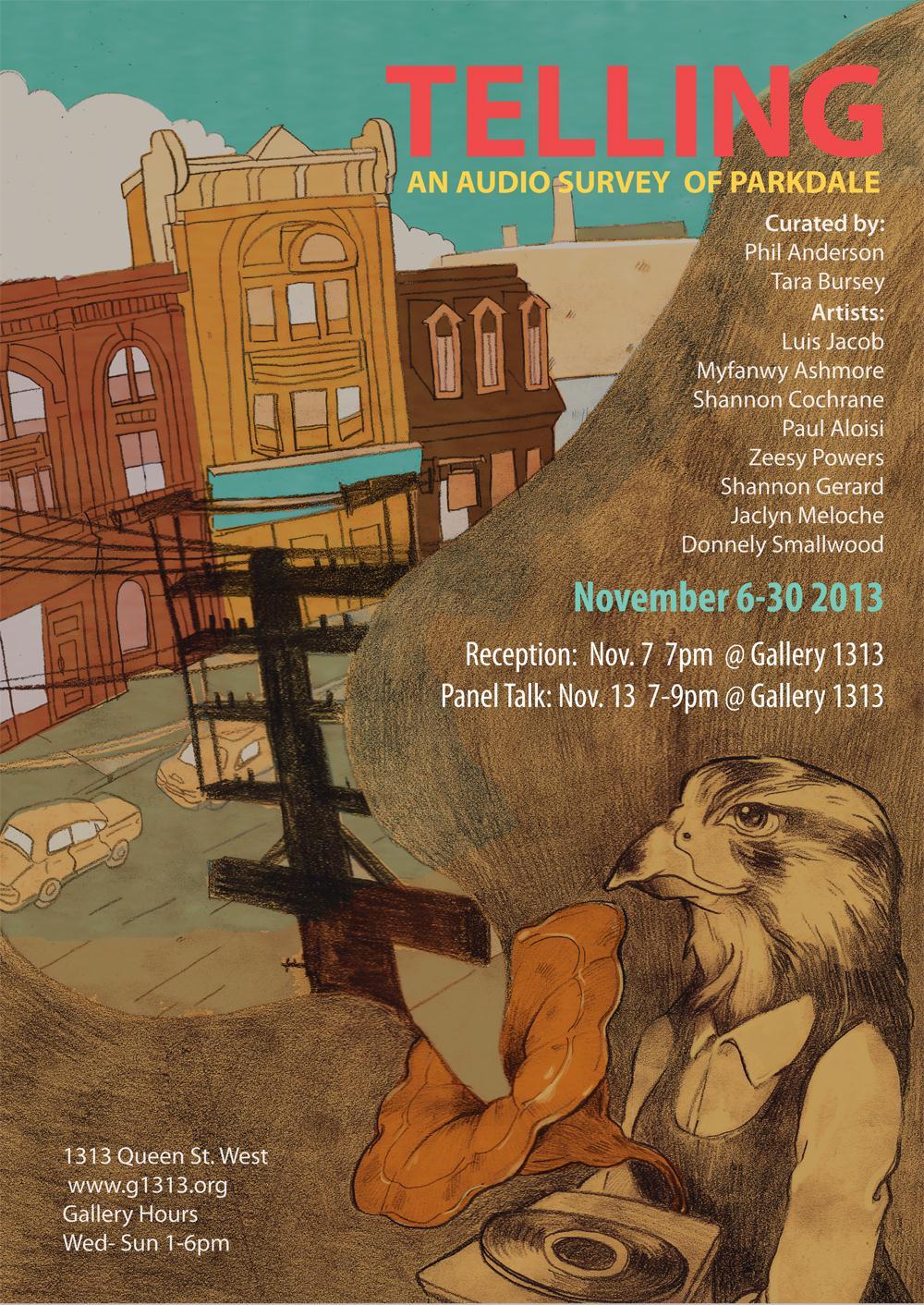